As a small boy I went with my grandfather to visit his aged mother, my great grandmother. She was probably around ninety. Indeed, she looked very old to me, lying there in the bed with big, thick cataract glasses. Every time Grandfather went to see her, he asked her what scripture she wanted him to read. The answer was always the same. John 14. She wanted to hear these words of assurance from Jesus. For an explanation and application of John 14:1-14, today’s Sunday school lesson, click below: 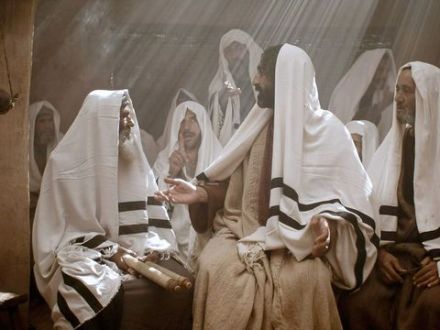 Mark 3:13 through 6:6, the section of Mark’s Gospel that began with Jesus choosing the twelve disciples, concludes in today’s passage, Mark 6:1-6, with Jesus and the disciples coming to His hometown. Jesus teaches in His hometown synagogue. Those who should have believed in Jesus–the Teachers of the Law, His family, and the people of His hometown, reject Him. They don’t want to acknowledge His authority or endure the embarrassment of following Him. The hometown folk think they are as good as He is. And yet the disciples have seen His power over creation, evil spirits, and even death itself. The woman healed of minstral flow exhibits true faith and becomes His “daughter” and disciple.

For an brief exposition of this lesson click here:

Up until now, Jesus has been a baby. It is only in the closing verses of Luke chapter two that we see Him face to face and hear Him speak–as a twelve-year old in the Temple. Yet His entire ministry is anticipated by this incident. If you would like too see an interesting video clip from The Young Messiah of a Rabbi questioning Jesus, click here.

Then click below for an explanation of Luke 2:39-52, the boy Jesus in the Temple.

As we have learned in the last few lessons from Proverbs, living according to Wisdom produces a wholesome life. And yet, the unexpected happens. Sickness, tragedy, persecution by the unbelieving world. How do we react when following Jesus doesn’t look like we think it should? Jesus addresses that question in today’s lesson from Matthew 11:2-19. Click below for an audio exposition of this passage.